5 Things to Know About Claude Monet 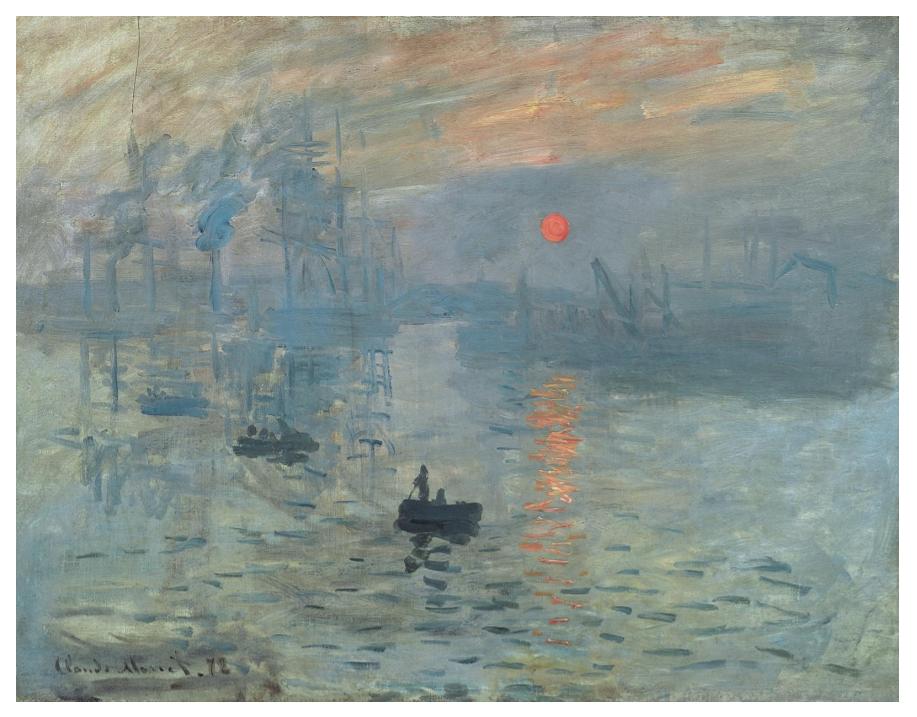 There are some painters in history that are almost instantly recognizable. Claude Monet is one of them. His effect on the art world was substantial, especially as an Impressionist painter. Born in 1840, Monet lived his life ultimately dedicated to his art until he died in 1926.

He loved plein air painting—right there with his subjects dancing in the sun’s natural light. Monet once wrote, “My only merit lies in having painted directly in front of nature, seeking to render my impressions of the most fleeting effects.”

He loved to see the effects of light on his subjects, whatever they might be. Studying his art and his methods can bring another layer of skill to your arsenal as a world-changing artist. Here are five things to know about Claude Monet.

1. Monet was a plein air painter.

Eugene Boudin was a local landscape artist that influenced Monet to begin painting outdoors. Boudin introduced him to the idea of expressing nature on his canvas. Plein air painting - that is painting out in the open air - would become the cornerstone of his works of art. He and other painters like him paved the way for the travel artists and urban sketchers of today.

Later in life when he was living in Giverny, France, he created a beautiful garden that became the subject of several series of work. He especially liked the waterlilies and Japanese style bridge. Almost anyone can recognize Monet’s waterlily paintings.

2. Monet was a Leader in the Impressionist Movement

Monet’s bold color choices and fearless brushstrokes gave his paintings an unfinished look compared to other artists of his time. Some demeaning art critics called his work an “impression” as it looked more like a sketch than the realistic look of the day. He led the way for other artists in the Impressionist Movement.

3. Monet was a Master of Light

Monet was also a master of creating the illusion of light in his works. He seemed more interested in how light played on his subjects rather than the subject itself. He often painted the same subject at various times of the day to capture how the changes in light.

His subjects could be waterlilies, to haystacks, to the Rouen Cathedral. What fascinated him the most was light.

4. Monet was a trendsetter.

Although Monet had bouts with depression and frustration, he knew the benefits of connecting with other artists of his time. He became friends with several artists such as Charles Gleyre, Auguste Renoir, Alfred Sisley, and Frederick Bazille and many others.

He and several artists joined together to form the Société Anonyme des Artistes, Peintres, Sculpteurs, Graveurs. This society was formed as an alternative exhibition to the Salon.

5. Monet was an artist his entire life

As a young person, his mother encouraged his artistic abilities. He was always drawing caricatures of people around him. Soon that developed into the love of painting.

His first wife was his muse and she sat for him often as he developed his painting skills. His work continued to develop into the Impressionist style for which he is so famous. What is interesting is that even in his later years with impaired vision due to cataracts, he continued painting. It was the love of his life.

During that time he developed a series of paintings that were very large in scale because he wanted them to serve as a “haven of peaceful meditation.”

Researching the history of artists who have gone before us gives us the opportunity to determine what patterns we’ll adopt and what pitfalls we should avoid.

If Claude Monet’s work and life inspired you, we encourage you to get outside and discover the joys of plein air painting. Or take your desire one step further and join us on one of our Greece travel trips. These art workshops abroad appeal to artists who love to paint on the road.

Find Additional Inspiration for Your Art Journey Below

How Artists Create Powerful Symbols in Their Work

Becoming a Professional Artist: How to Create a Series