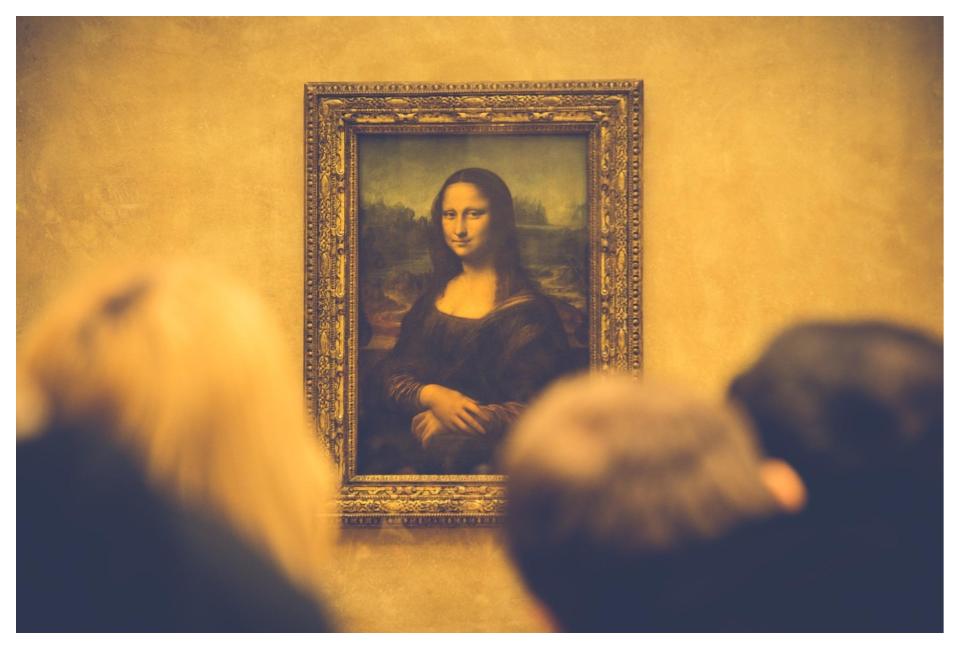 Photo caption: The Louvre Museum's Mona Lisa demonstrates that Leonardo Da Vinci was both an excellent draftsman and an expert in the human body. Image by Free-Photos from Pixabay.

Here’s an art fun fact for you. Throughout history, it has often been the case that artists weren’t just painting pretty pictures. Very often, the images these prescient artists created and the stories they told cast a mirror on the mysteries of space, of the deep and of the human body, long before science knew anything about these phenomena.

In their day, these artists’ ability to see far into the future wasn’t always appreciated. Certainly, it was difficult back then for some to see how these art influencers would change the world, but change the world they did.

Here’s a look at three of them in this art history fun facts post.

Given human nature, it’s difficult for us not to look at the art influencers of the past with modern eyes. In other words, when we see one of Leonardo Da Vinci’s anatomy drawings, it’s easy to shrug our shoulders like it’s no biggie. After all, most of us have seen books on human anatomy and life drawing by now.

But according to the book “Sketchbook for the Artist” by Sarah Simblet, Renaissance artists, like Da Vinci, were years ahead of their counterparts in the medical community. As a BBC article points out, Da Vinci’s work revealed the very first accurate drawing of the human spine.

And modern heart surgeon Francis Wells of Papworth Hospital in Cambridge has even said that many of Da Vinci’s drawings of the human heart were better than those in modern textbooks about human anatomy.

The magic of Da Vinci’s drawings, aside from their accuracy, was that they retained a liveliness about them that modern drawings are missing.

It was actually Leonardo Da Vinci who discovered that the heart has four chambers and even the workings of the heart’s aortic valve. In fact, in many respects, what Da Vinci knew in the 1500s wasn’t understood until the 20th Century.

All of this being said, it wasn’t Leonardo Da Vinci’s interest in anatomy that makes this art fun fact so interesting. There were plenty of other people who also had an interest in human anatomy.

What made Da Vinci stand apart from the rest was the fact that he was an excellent anatomist AND an excellent artist. His drafting skills allowed him to communicate his findings in a way that still stands up to scrutiny today.

Some of Leonardo Da Vinci's other famous paintings include Salvator Mundi and the Last Supper. Da Vinci rightfully takes his place in history as one of the premier thinkers of the Italian Renaissance.

According to an article on the NPR website, Van Gogh’s “The Starry Night,” which, along with “Sunflowers,” is arguably one his most famous paintings, shows more than just a hillside village at night. The swirling clouds in the sky represent the patterns of the flows of wind turbulence in the sky.

Some may attribute Van Gogh’s brush strokes to mental illness, which peaked during that time.

In fact, it is a painting that Van Gogh painted while he was in the hospital trying to improve his mental health and physically recovering from amputating his own ear after having a row with Paul Gauguin.

What makes this famous work astonishing is the mathematical precision with which Van Gogh captured the patterns of air turbulence in “The Starry Night."

Incredibly, given how beloved the painting is today, Van Gogh told his brother Theo in a letter that he felt that the painting was a failure.

“The Starry Night” hangs in the Museum of Modern Art in New York City.

Who would have thought that a series of SciFi postcards from the year 1900 would bring us flying cars, underwater hotels situated in ocean-based colonies and Roomba-style vacuum cleaners?

As the Public Domain Review points out, a series of postcard drawings by French artist Jean-Marc Côté and other artists at the turn of the 20th Century, predicted many of the things that we see today or will see in the very near future.

The first of the series was produced for the 1900 World Exhibition in the City of Lights. While the cards made for that exhibition in Paris didn’t see the light of day during their time, another future-predicting artist, Isaac Asimov, happened upon them in the late 1980s and published them in the book “Futuredays: A Nineteenth Century Vision of the Year 2000.”

As the embracers of the New Art Renaissance, we admire the debt that artists before us paid. They paved the way for us to fly the open skies and to experience vibrant health.

While they may be the stuff that art fun facts listicles are made of, they were more than that. Their ability to see beyond what was known teaches us just how much artists have the ability to predict the future centuries before it happens.

Truly, these amazing art influencers and others like them pointed us toward the experiences that now seem so commonplace to us today. Their work shows how one painting can truly change our mental landscapes. May they continue to be a source of inspiration for generations to come.