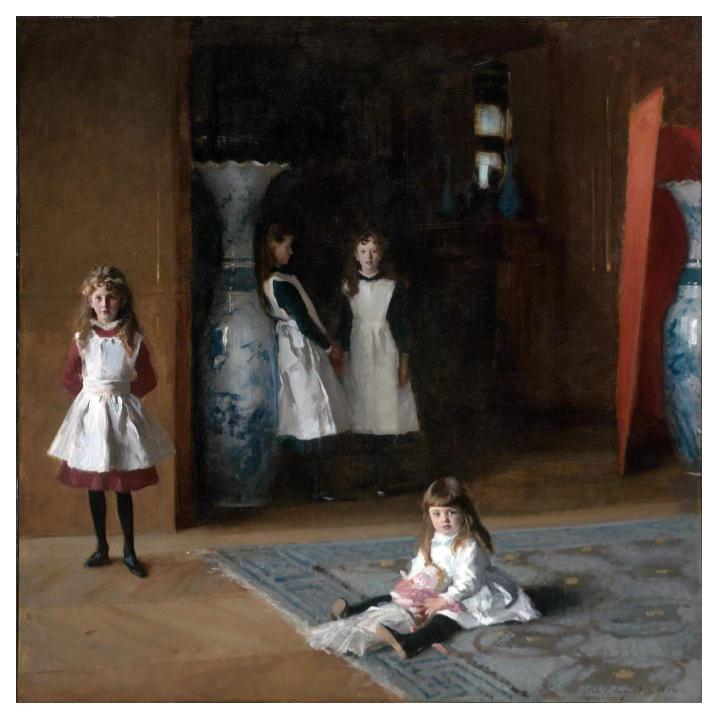 It turns out that the world of art history and the world of Hollywood movies aren’t so far apart after all. Sometimes, behind the celluloid wonder, indeed, lies a wonder. Such is the case of 2017’s “Wonder Woman,” the color palette for which came from one of the most famous portrait artists in history: John Singer Sargent.

Patty Jenkins, who directed “Wonder Woman” stated in an interview that she felt that the character deserved “grand, epic cinema” that included a lot of elements of pop and modernity. For that, she and the film’s director of photography, Matthew Jensen, turned to art history and the portrait paintings of John Singer Sargent.

The famous portrait artist’s color palette represented the colors that were popular in the late 18th and early 19th century. These colors and what they symbolized were the antithesis of the color palettes you normally see in period dramas about World War I.

But Sargent’s color palettes weren’t the only thing to influence the film. The way he used light in his portraits also played a role. The way the character’s faces were lit were purely the influence of Sargent.

John Singer Sargent was one of the most interesting and famous portrait artists in history. A contemporary of Vincent Van Gogh and Pablo Picasso and the Impressionists, his paintings portray the rich colors and landscapes of the 19th century.

The American expatriate artist was born in 1856 in Florence to American parents. He got his training in art in Paris from French portraitist Carolus-Duran. He eventually moved to London and on to a very successful career as an artist. His work is known for the beauty of its brush strokes and how well it captures the people he painted.

Ironically, one of the most famous portrait artists in the world eventually became known for his beautiful watercolors of the English countryside. In all, he produced more than 2,000 watercolors.

Most of his life was spent living in Europe. His portraiture had the beauty of the old masters and the color palette of the modern painters of his day. He died in 1925.

His works are shown in museums from New York to London and beyond: They hold their own next to the works of the contemporary portrait artists of today.

The work of one of the most famous portrait artists in the world, John Singer Sargent, became a source of inspiration for the color palette and lighting style of the 2017 film “Wonder Woman.”

It was an epic achievement in cinema and art. In particular, the dramatic contrasts between the beauty of the famous portrait artist’s color palette and the dreary horror of the no man’s land scene has been commented on by art critics again and again.

It’s a testament to how effective the choice of colors in the film was. It is likely that it will be the subject of many art history fun facts spotlights just like this one in years to come.

It truly shows that the influence of art and art history never goes away. Rather, they have the power to seep into our consciousness and change the way we look at the world for the better.

Read More Art and the New Art Renaissance in These Posts

Modern Art Tips: How to Create an Abstract: Art Battle

Tips for Portrait Painters: How to Paint Eyes