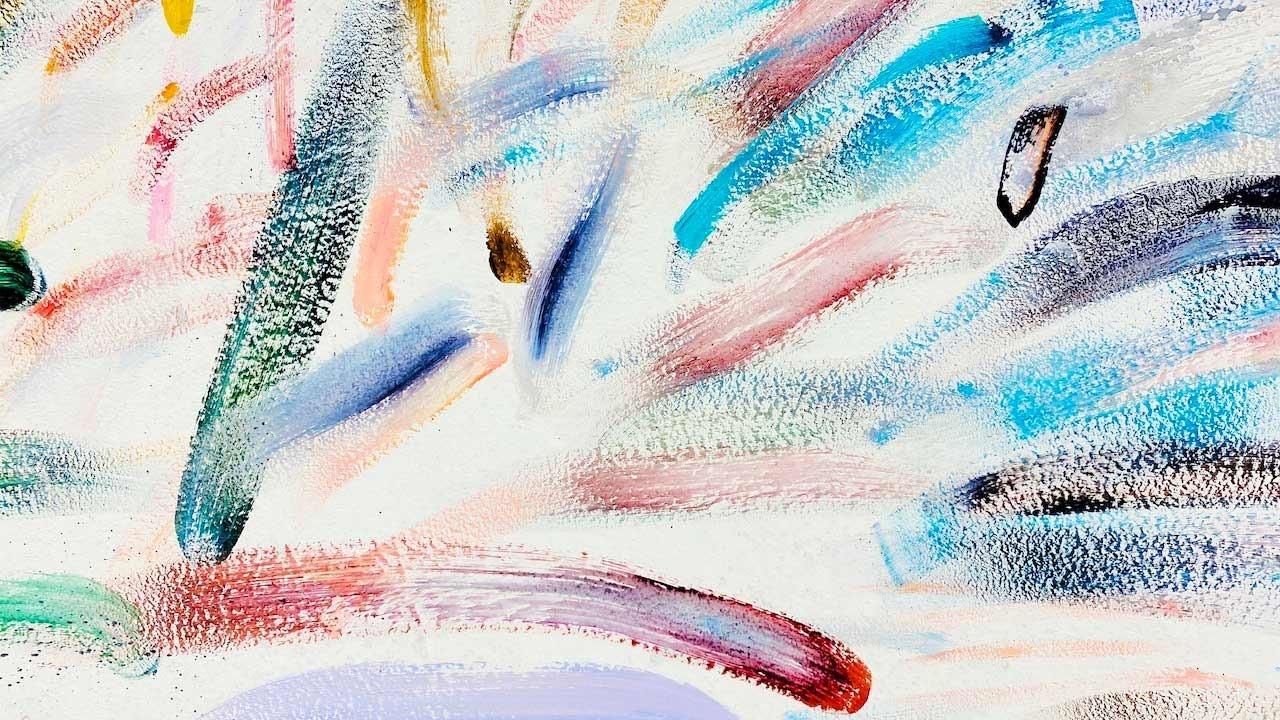 As an artist, you have the ability to evoke different feelings and emotions in the viewer of your artwork just by the colors that you use. Do you ever wonder, “What do colors symbolize?” Colors have general meanings, but across different cultures, such as the Western world versus the Eastern world, colors’ meanings can change due to the history, religion, or the cultural background. Colors have an emotional effect that words cannot replicate. Each color has a positive meaning as well as a negative meaning that can elicit a different reaction and emotion, depending on who the viewer is and where they are from. That is why it is essential to discover the meaning of colors. In this article you will learn:

What Do Colors Symbolize?

So, what are the basic colors and the meaning of colours in art? Let’s take a look.

Red is an extreme color. It is a symbol of power, passionate love, passion, adventure, and energy; but can also symbolize anger, seduction, violence, and danger.

Yellow typically is a symbol of happiness, enlightenment, joy, positivity, and clarity. It can also symbolize being critical, judgmental, or cautious.

Orange typically is a symbol of enthusiasm, fascination, creativity, determination, success, and stimulation. Its negative meaning can be abrasive and crass.

Green is a symbol of life, renewal, nature, growth, balance and harmony. It can also be a symbol of greed, jealousy, and possessiveness.

Blue is typically a symbol of depth, stability, wisdom, faith, truth, and heaven. The negative side can be coldness, uncaring, and sadness.

Purple combines the stability of blue and the fierce energy of red, creating royalty, nobility, pride, luxury, and ambition. The negative side is decadence, conceit, and pomposity. 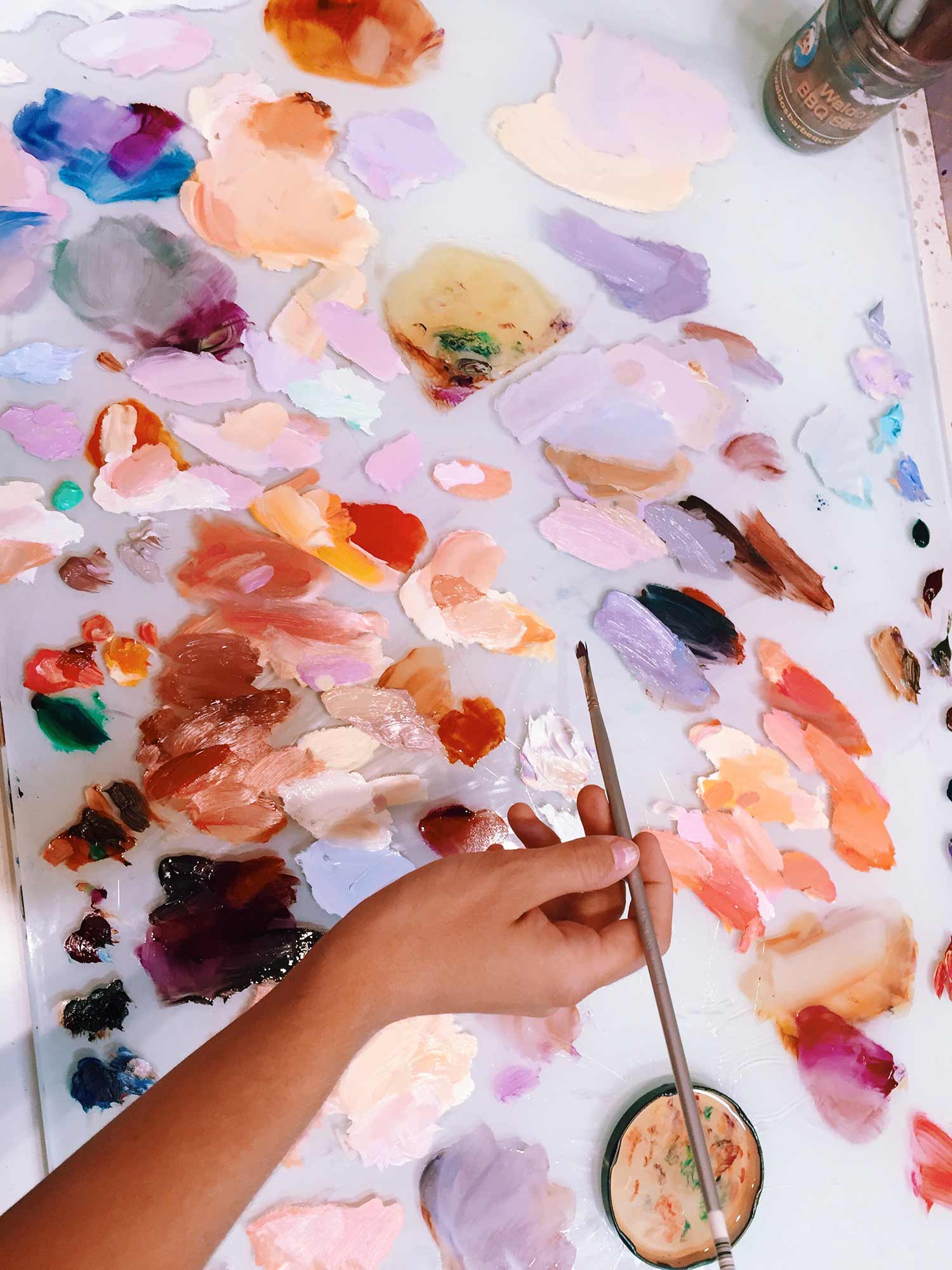 Color Symbolism in the Western World

Now that we have a basic idea for symbolism of colors, we can look at it through the lens of different cultures. In the Western world, such as in the United States, blue, green, and red are significant colors and are seen often in visual branding. Blue is symbolized as trust so often banks or financial institutions use it in their logos and buildings. Green is symbolized as money or wealth, and red is symbolized as passion and valor. Australia’s national colors worn by their sports teams are green and gold; gold represents Australia’s national flower, the golden wattle, as well as their beaches, grain harvest, and mineral wealth. Green represents the landscape of Australia: its forests, eucalyptus trees, and immense pastures. Both Australia and the United States feature red, white and blue in their nation’s flags, red signifying passion, white for purity and innocence, and blue for trust.

Artists throughout history have incorporated color into their artwork to elicit certain emotions. As an example of how colors influence emotion, Picasso spent a period of his life from 1901-1904 painting in only shades of blue to depict sad and disheartening scenes, while from 1904-1906 he painted using shades of reds, pinks, and oranges. This latter period he called his “Rose period” and wanted to depict more cheerful and uplifting images.

Color Symbolism in the Eastern World

What do colours signify in the Eastern world and what are the major differences? While in the Western world white is worn by brides and signifies purity, in the Eastern world such as in China and India, white signifies mourning and is worn by widows. It is associated with funerals and ceremonies of death in the family. Widows wear white because white repels all light and color and widows are in essence repelling light and life by disconnecting from life’s pleasures and participation in society. In both China and India, the color red is worn by brides and associated with weddings and festivals, though in the southern half of India, red implies violence and disruption. A version of red, saffron, is in fact the most sacred color of India and worn by monks who cast off all earthly possessions to show their purity and devotion.

All across the Eastern world, color goes hand in hand with religion, politics, festivals, and celebrations, though the classifications of color vary. In India, the mythical lives of the gods they worship created story-like origins for many of their colors. Krishna, for example, is a highly favored god and was supposedly poisoned by a demon and his skin was tinged blue, therefore blue is considered a symbolic color that represents immortality because he symbolized love and divinity.

China’s traditional color system revolved around the rule of fives, linking their five primary colors to the five natural elements: water, fire, wood, metal and earth. In their landscape paintings, these colors represented each natural property of the landscape. This even fed into their dynasties, which each had their own colors, similar to today’s countries flags. Colors took on more meanings as well. Red is a lucky color in Chinese culture and is used to show joy or good wishes.  Yellow has a major historical context and corresponds to earth and signifies royalty and the emperor. The first emperor of China was known as “Yellow Emperor” and China itself is known as “Yellow Earth.” 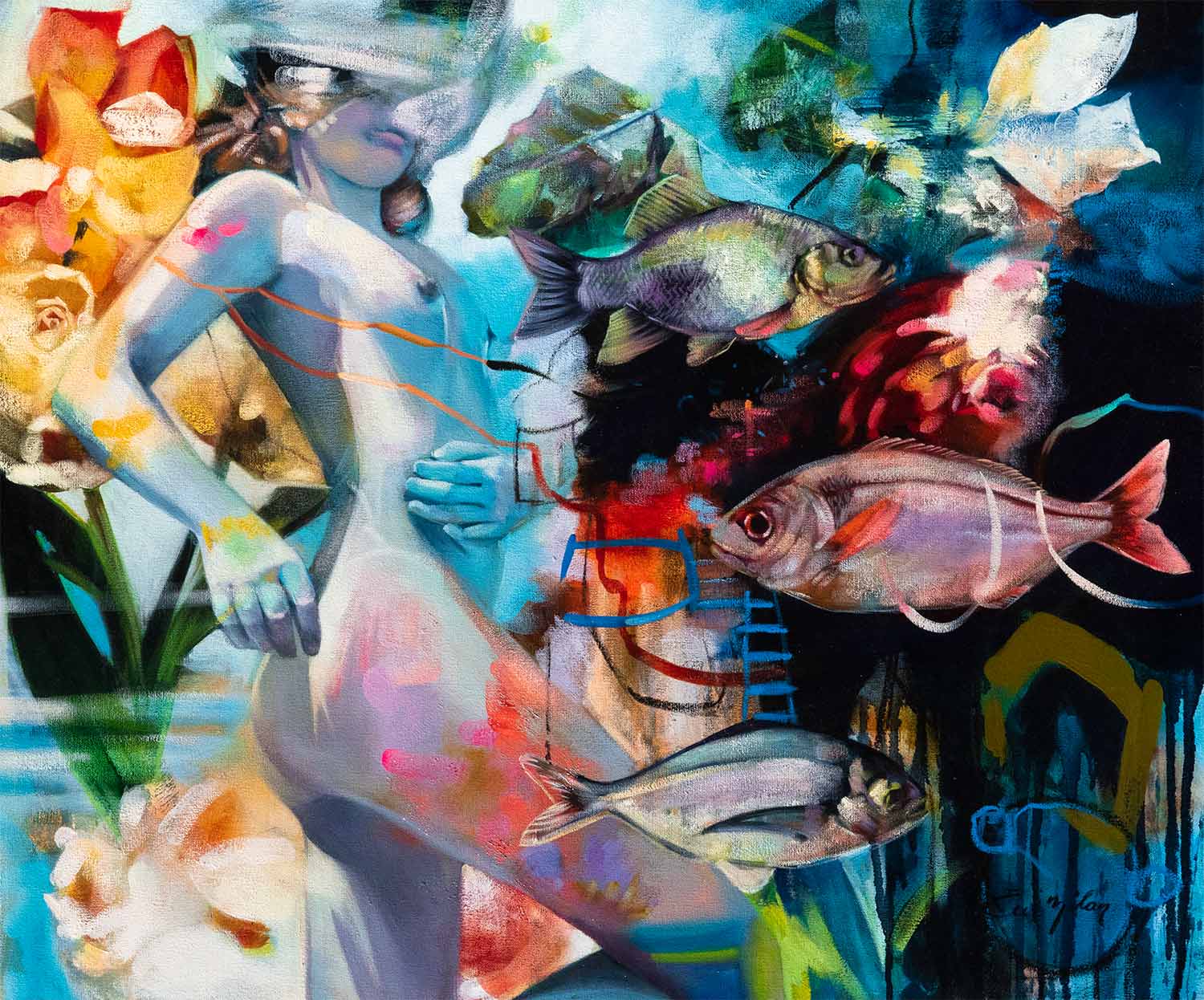 What You Can Do with the Symbolism of Colors

Now that you know a little more about color symbolism in art and how colors evoke emotions in the viewer, consider how you can add a level of depth to your own artwork. The influential painter Van Gogh once said, “Instead of trying to reproduce exactly what I see before me, I make more arbitrary use of color to express myself more forcefully.” This means you need to let the colors do the talking for you and highlight the emotions of the scene you want to depict rather than trying to depict the scene accurately. Push yourself to feel for the colors you use and your viewer will more likely experience more depth in your work.

We’d love to see what you create using your newfound appreciation for colors, so make sure to tag us on social media. And, if you’re interested in learning more about color symbolism, how to mix colors and paint classically, try taking our online course Oil Painting Essentials.

Use the Symbolism of Colors to Further Your Art

Just to recap what you’ve learned, colors are the strongest aspects of visual art and can be more powerful than language. We discussed the general meaning of each color as it applies to painting. You also learned that the meaning of each color differs based on the viewers culture, religion, and personal background, and how each of these are used to tie important cultural themes and emotions for the viewer. Knowing this information will help you paint on a deeper level, create lasting impressions, and aim your artwork at different cultures if that is your goal. It will also broaden your mind to understand what others see in your artwork through the colors that you choose. Hopefully after reading this article you will no longer have to ask yourself “what do colors signify?”