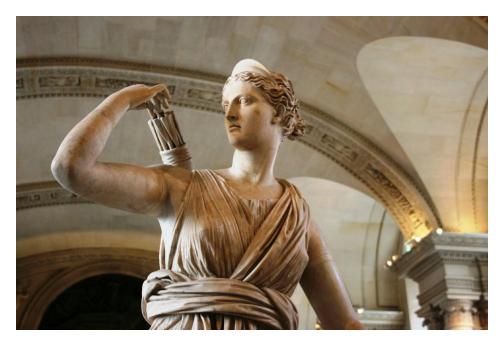 Photo caption: This Diana statue is an example of how archetypes in mythology inspired art throughout the ages. Image by 139904 from Pixabay.

For centuries, archetypes in mythology have become the stuff that paintings, statues, books and films were made of. So potent to us are stories about characters, like Medusa and Apollo and Artemis, that we feel compelled to tell their heroic stories over and over again.

But why does the lover archetype or the mother archetype in art and mythology fascinate us so much? Why do we feel compelled to come back to these stories again and again?

The answer to this question lies at the heart of who we are as human beings and as artists. And answering questions about our own archetypal tendencies makes us better artists and better people.

What Are Archetypes and Why Do We Need Them?

As artists and lovers of art history, it is likely that we first became acquainted with archetypes in art and mythology when we studied characters, like Pandora or Zeus, in our high school or university classes.

However, archetypes in art and mythology really only represent the eternal characters that exist within the psyche of humanity in what psychologist Carl Jung called the collective unconscious.

According to Dr. Carol S. Pearson, archetypes represent patterns, and patterns represent predictability. This makes us feel safer when we can predict what will happen. Jungian psychology centers largely around the concept of archetypes and how they play out in our lives.

This is also why archetypes in mythology and the arts resonate so much with us. We see ourselves reflected in the image of these archetypes in some small (or great) way.

Archetypes represent important symbols in our consciousness and can appear to us in dreams for us to work out. They possess archetypal energies that challenge and influence our beliefs about ourselves and the role we play in the world and even the art we make.

Although archetypal characters can become stock characters in their extreme, identifying someone’s basic archetypal nature can be helpful in predicting how someone might behave. It’s also important to note that most of us have more than one archetype living within. This makes  us more nuanced human beings.

As an online art school that specializes in teaching artists how to become professional artists, we rely a lot on personal archetypes when we’re in the branding section of our Mastery Program.

Just as you as an artist have internal archetypes, so do your collectors. When a collector truly resonates with the archetypes in you (and by extension, your work), he/ she feels motivated to own your work.

Ideally, your artwork carries the information about your own archetype within it, and if you are consistent with how you portray your archetype, you'll find you gain a consistent supply of patrons over the years as a result.

Video caption: Ancient myths, like the myth of Medusa, have made their way into art and culture throughout the centuries.

Female Archetypes in Art and Mythology

Female archetypes in mythology and art reach all the way back to the time of the Greeks and before and stretching on into today.

One common female archetypal character in Greek myth was Demeter, who represents the archetypal mother. She, her daughter Persephone and Hades, the god of the Underworld, were the chief characters in the myth that explained why the seasons changed.

On the other hand, the Wonder Woman archetype is a modern representation of a prominent female archetype in mythology and art. Many argue that superheroes, like Wonder Woman and Superman, represent the modern equivalent of Greek and Roman gods and goddesses. Their archetypal energies are similar to those of the king archetype of Zeus or the queen archetype of Hera.

Certainly, the Wonder Woman archetype is widely represented in art. Her character represents the Divine Feminine, the heroine, the wise woman and sometimes, even the good mother, depending on who’s writing her.

Feminine archetypes in mythology and art show the life stages that women go through from girl to woman to wise-woman. They represent feminine energy and feminine power.

Male Archetypes in Art and Mythology

Male archetypes are also rampant in mythology and art. One need only see a statue of Hercules or Perseus with the head of Medusa to understand the hero archetype in mythology. Indeed, these archetype characters have been the subject of many works of art, literature and films over the centuries.

Modern male archetypes in art are the male counterpart to their female counterparts. They include characters, like Superman, Batman and even the Joker, who is the embodiment of the trickster archetype and Batman’s shadow incarnate, you might say.

Characters like these represent masculine energy and power, both in its positive and negative aspects. The more mature masculine archetypes in art carry warrior energy or king energy.

In their own right, these characters and many like them have become modern myths. And just like the gods and goddesses of old, they continue to get new origin stories, which not only makes the characters more interesting, but allows us to psychologically work out some of the trickier aspects of their characters - and subsequently our own - in the process. 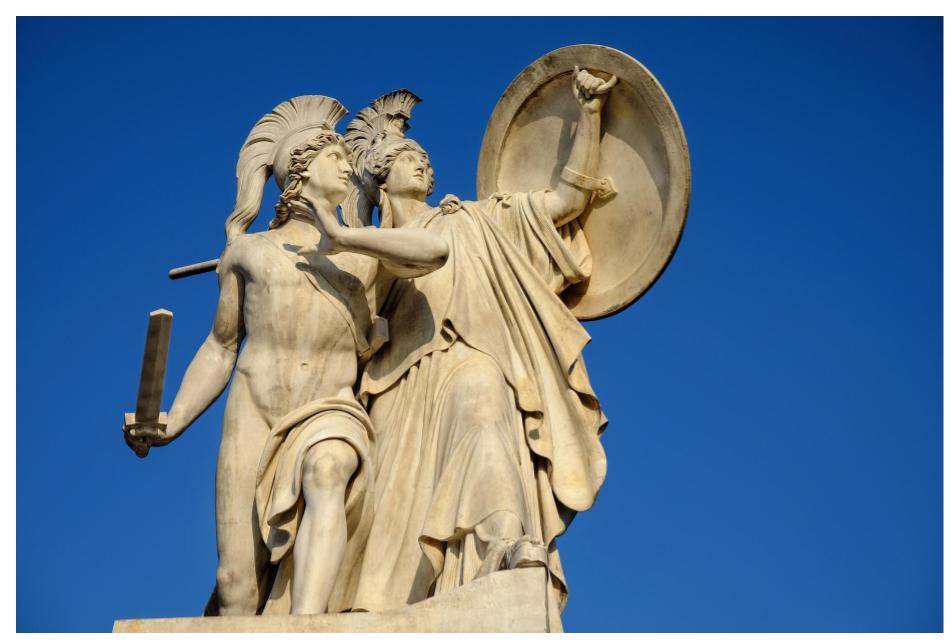 Photo caption: Large statues like these epitomize the reverence that the ancients had for their gods and goddesses. Image by Couleur from Pixabay.

Archetypes and their Shadows

No discussion about archetypes in mythology and art would be complete without a mention of the shadow. According to Jungian psychology, each of us has a shadow side that we keep hidden from ourselves and others. It often represents our fears, our guilt and our repressed desires.

The world of art is filled with the concept of the shadow, who in  visual art, movies and books is often the villain in the story. In “Star Wars,” Darth Vader’s energy represents Luke Skywalker’s shadow in a way. In the “Harry Potter” series, Lord Voldemort represents many aspects of Harry’s shadow.

In archetypal branding, the fears or shadow of each archetype is different. For example, the shadow aspect of the magician archetype concerns itself with doubt and uncertainty, while the shadow for the hero archetype is embodied in fears of downfall or cowardice.

Part of life’s journey involves us embracing our internal archetypes and facing our shadows. Art gives us a way to make the most of the positive aspects of our personal archetypes.

At the same time, art helps us integrate our shadow aspects by allowing us to reframe the stories we tell about ourselves. But the shadow is not all bad. According to the Huffington Post, the shadow offers lessons to those who embrace it. Those who do transcend their fears and weaknesses and become the hero of their own lives.

That’s where our real power comes from.

Indeed, archetypes in art and mythology have much to teach us about ourselves, our personality, our world and our place in it.

Ironically, it is often when we embrace the universal aspects of our archetype that we become the best, most original versions of ourselves.

If You Want to Do More Research About This or Similar Topics, read on.

Podcast: How to Overcome Darkness and Prosper